After a few months hiatus (it was paused while two LEGO Jurassic World Magazines were released), LEGO City Magazine is back on shelves.

And this issue comes with not one, but two gifts (perhaps a treat for having to wait…)

The hero is Issue 7 is Racer Ray, who we get along with his race car.  The second gift is the Diving Instructor from Issue 3, who comes with a shark.  The magazine cost €6.03, which is pretty good value considering the amount of LEGO that you get, along with the magazine of course.

I won’t go into detail about what’s inside the magazine, (that’s not why us AFOL’s buy it right!?), however I can confirm that my 6 year old loves it.  He loves reading the story, and there’s enough puzzles scattered throughout to hold his interest. 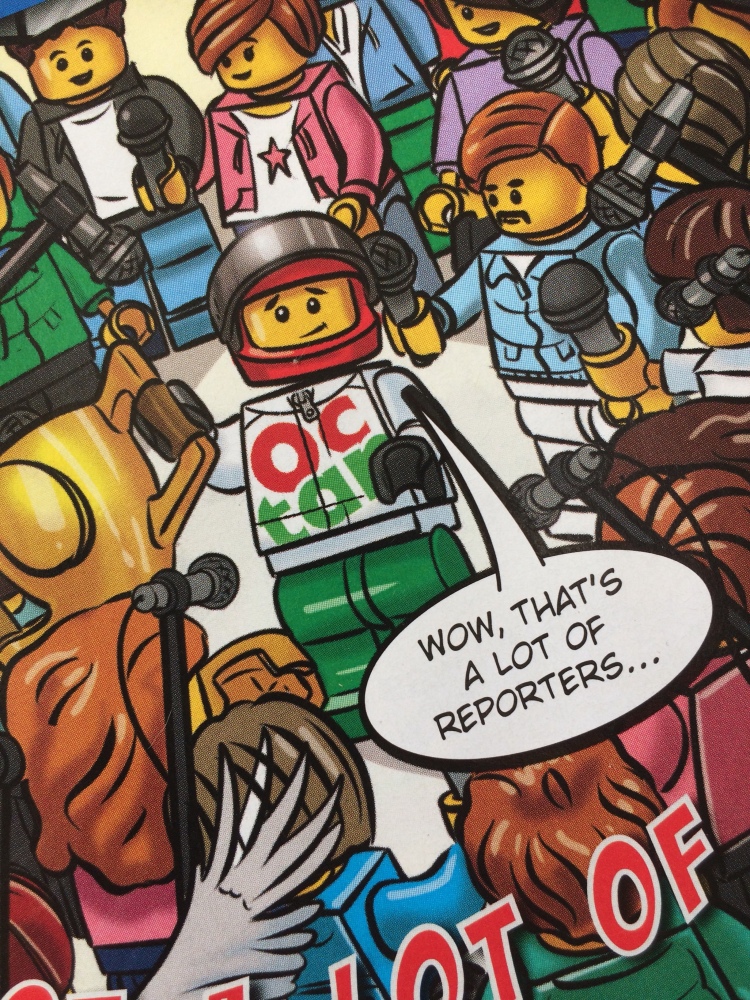 So should you buy it?  Well it’s LEGO, so of course you should!  You will also be getting more pieces than a set costing €5.99 like 60156 Jungle Buggy.

We won’t have long to wait until Issue 8 of LEGO City Magazine because it will be on sale October 10th – and the ‘epic toy’ will be a Policeman Minifigure and Motorbike.